Pericytes are mural cells that wrap around capillaries, and are suggested to be multipotent mesenchymal-like cells. Pericytes are important for angiogenesis, the structural integrity of the microvasculature, and blood flow regulation. In some cases of wound healing, pericytes contribute to tissue repair through cell differentiation. Pericytes differentiate into adipocytes during fat tissue injury, chondroblasts and bone after bone injury, and myoblasts in a model for muscle dystrophy. Pericytes have also demonstrated the ability to differentiate into fibroblasts, phagocytes (macrophages), and malignant tumors. Retinal pericyte loss is associated with the progression of retinal diseases, such as diabetic retinopathy, where the loss of these cells leads to vascular dysfunction. Human Retinal Pericytes are used for studies investigating blood-brain barrier functionality, blood vessel maturation, and cell contractility. Human Retinal Pericytes are isolated from the enzymatic digestion and cell sorting of the human retina.

The Human Retinal Pigment Epithelium (RPE) is a pigmented layer of epithelial cells between the retina and the choroid that absorbs scattered light, reduces photo oxidation, and provides overall nourishment to the posterior segment of the eye. RPE cells maintain ocular health by transporting molecules, clearing cellular debris, secreting hormones, and modulating immune factors. The Human RPE layer is isolated from the posterior segment of eyes, and enzymatically dissociated into a single cell suspension that can be cryopreserved and used for ex-vivo research purposes. When the RPE single cell suspension is cultured in vitro, the isolated RPE cells are largely depigmented and exhibit a highly proliferative, fusiform phenotype. These undifferentiated RPE cells can be differentiated into pigmented, mature RPE cells using differentiation media. RPE cells are used for a variety of permeability, biochemical, and physiological assays for basic research and preclinical drug discovery. 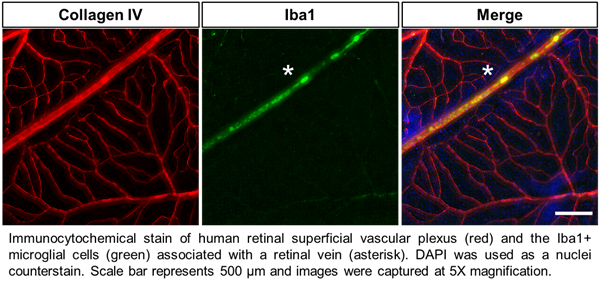 Zen-Bio sells products for research use only. Research products are labeled for Research Use Only and are not for use in diagnostic or therapeutic procedures. Zen-Bio, Inc is not liable for misuse of any product.